Food is the only thing that can make me wake up early on a Saturday morning and keep me in a good mood.

My laziness to be consistent in blogging about food or anything lately can be blamed on my work schedule. I have also given in to being a ‘gym shark’. It’s a thing. It also means less food outings. It also means eating a lot of yummy food and thinking about all the extra effort in the gym to burn it off. I am not the best person to balance the two but I have been trying. But, I digress.

So here we were, four adult foodies and a baby, at one of my favourite breakfast places in JLT – Frisco Crepes & Grills. Tucked away in the MAG214 tower at Cluster R, the food is a mix of French, American and Algerian.

The place as such is tiny but transports you straight through its eclectic mix of inspirations on its walls. A cozy hangout for a small group, Frisco combines great taste with affordability so you don’t have to burn a hole in your pocket. Samy Fars, the owner who wasn’t present on this occasion is usually around giving the place a warm and hospitable feel. The staff is friendly and attentive without being over-bearing. Oh! And for those who think JLT is too far, they have opened up an outlet in Deira as of last month so you can check that out!

Let’s talk about the food!

Presenting, the Omelettes. We ordered the Half Moon Bay Salmon (AED 27/-), Algierz Marguez Omelet (AED 27/-) and the Napa Veggie treat (AED 20/-). Each came with a bread and an option for sides, either hash brown or salad at AED 10 extra. 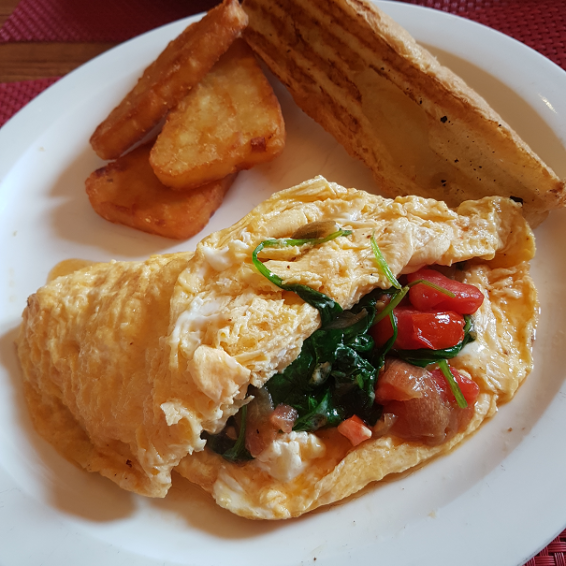 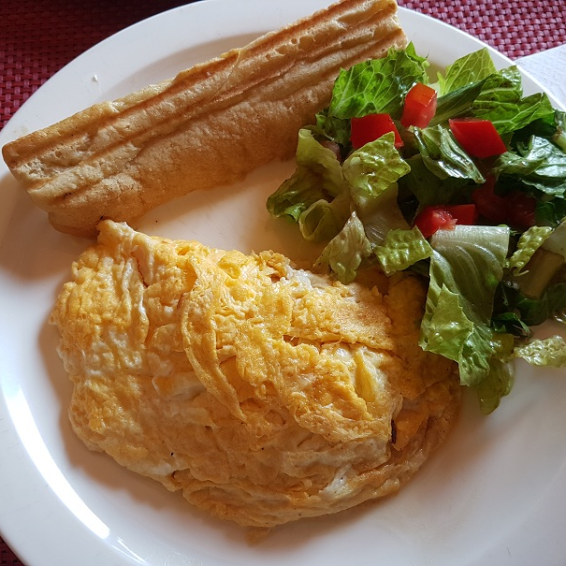 The Algierz Marguez Omelet, stuffed with spicy beef and lamb sausages, tomatoes and caramelized onions is the loaded protein breakfast you didn’t know you needed. The sausages were just the right amount of spicy, the bread was soft and fresh and the hash browns were decent.

The Napa Veggie treat was as the name suggested a treat for veggie lovers who eat eggs. Loaded with baby spinach, tomatoes, caramelized onions and feta cheese was flavourful and filling. The sister-in-law, who is part of the popular ‘The Tasty Life’ page approved.

The Half Moon Bay Salmon Omelet, we had in two versions. With a decent bite of salmons and greens, it was a filling treat. It’s actually one of my favourites and one of the things I always end up ordering. 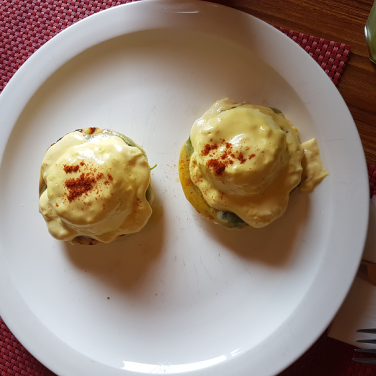 The Classic French Toast was as yummy as seen in the picture. Topped with maple syrup, let’s say the plate was empty pretty soon.

The Egg Florentine was delicious! Perfectly done eggs mixed with spinach and the Hollaindaise sauce to put the dish together, the texture of the dish was good. We would have gone for another if we weren’t already pretty stuffed.

Nutella lovers can unite and rally behind the Hot Nutella drink. It’s taken your favourite Hot Chocolate a notch higher.

The Strawberry Lemonade doesn’t disappoint is again, one of my favourites. The mint lemonade though was a little too minty.

Frisco Crepes and Grills also has amazing crepes which we didn’t try for obvious reasons of being too stuffed! They have an all day breakfast option which is fantastic. But, what really is the clincher is the affordable, yet tasty food.